Equipment will be presented by Elide Fire do Brasil, during the Fire Show, from October 3 to 5, in São Paulo

São Paulo, July 2018 –It is smaller than an indoor soccer ball and weighs 3.3 pounds. ABC Fire Extinguishing Ball, of Elide Fire do Brasil, or simply Fire Extinguishing Ball, as it is known in the rest of the world, looks like a toy, but it is an efficient safety equipment that will be exhibited in the Fire Show – International Fire Fair, which takes place with the 22ndFISP- International Security and Protection Fair, from October 3 to 5, in São Paulo.

Some people already say that this explosive sphere, which works automatically without putting someone’s life at risk, will be the successor of fire extinguishers. Heavy and hard to handle, the current equipment are mandatory items by law, what makes the fire extinguishing ball an additional product, of voluntary use, in a security program of a company.

Produced in Thailand, the product is imported by Elide Fire do Brasil and has already been adopted by large companies and agricultural producers. According to the company commercial manager, Juliana Pinheiro, Vale, Tramontina, sugar cane and soybean plants are already using the fire extinguisher ball for the additional protection of their machines and industries. “The Navy, several port operators, wind farms, mining companies, condominiums, warehouses, Data Centers, bus companies, industries, plants and shopping malls are also our clients”, she says.

Given that it is only activated through the flame, the fire extinguishing ball can be installed in machines, harvesters and tractor engines, light panels, and indoor environments.  “It can be placed in sites exposed to temperatures from -40° to +85° Celsius”, ensures Juliana. “We have already performed tests with temperatures above 100°C without its triggering, which confirms the equipment safety”. Suitable for indoor use or in sheltered areas, the ABC Fire Extinguishing Ball has 5 years warranty and is exempt from annual maintenance or recharging costs, and it is easy to install.

Because it is small and easy to handle, the Fire Extinguishing Ball also works as a portable fire extinguisher, which can be thrown into the fire at a safe distance.Only indicated for fighting the start of fire, its activation time is from 3 to 10 seconds after the contact with the fire.The area covered by the chemical powder with efficiency is up to 2 m². The materials used in the equipment construction are of low density and low weight, so that the sphere explosion does not cause huge fragments, which may cause injures to a person or damage any equipment. The ABC fire extinguisher, based on ammonia monophosphate, is ecofriendly and non-toxic, not representing a risk to humans and to the environment. For additional safety, the Fire Extinguishing Ball detonation emits an alert sound of up to 120dB, also warning the start of a fire.

Origin of the ball

Created by the Thai Phanawatnan Kaimart, the Fire Extinguishing Ball, as it is known outside of Brazil, was the result of researches in search of an automatic system able to extinguish flames, at an early stage, before they spread and become an uncontrollable fire.

It all started in 1997 when Kaimart witnessed the fire atRoyal Jomtien Hotel in Pattaya, in Thailand. Unconsoled with the lives lost in the accident, he decided to develop an easier and more efficient manner to fight fires.

Based on studies that indicate that temperatures exceed 400ºC in the first four minutes of a fire, which is enough time for the flames quickly increase consuming everything, Kaimart sought something that could extinguish the initial flames, even before an alert. Therefore, the fire extinguisher ball was created.

Installed in strategic places of greater fire risk, such as light switches, electrical panels, electronic equipment, and even engines and boilers, the ball is activated before anyone can realize the fire. “The ABC Fire Extinguishing Ball is a patented invention that has undergone exhaustive quality testing to ensure its performance”, points out Juliana. The device has won a gold medal in the European Eureka Innovation Award, a bronze medal in the Genius Award in Japan, gold medal in WIPO Award, gold medal in KIPA Award of South Korea, gold medal of the Federal Agency of Science and Innovation of the Russian Federation and of the National Research Council of Thailand.

Cipa Fiera Milano, the Brazilian branch of Fiera Milano, one of the greatest players of world fairs and congresses that each year attracts approximately 30 thousand exhibitors and more than 5 million visitors, became the majority shareholder of Cipa do Brasil in 2011, giving rise to Cipa Fiera Milano.  In Brazil, 12 fairs are held representing several segments of the economy, such as security, clean and sustainable energy, piping and fittings, cables, health at work, paints, surface treatment, frames, technologies in rehabilitation, inclusion and accessibility, among others. Among the main brands of the portfolio are EXPOSEC, FISP, Fesqua, Ecoenergy, Reatech, EBRATS and Fesqua.

More information for the press:

Did you find apk for android? You can find new Free Android Games and apps.

Notice to the general public

- Free event for industry professionals; - Forbidden to enter the event wearing sleeveless shirts, shorts or slippers; - Forbidden the entrance of individuals aged under 16, even if accompanied by parent; - The fair credential is personal and not transferable and its use is mandatory; - The. Fair organizer reserves the right to withdraw the visitor that cause any disorder or disrupt the smooth running of the event. Your credential will be confiscated and new unauthorized access; - Participants of the fair are aware and agree that the event organizer has exclusive rights to use of image (photos and footage) of people, stands and products to promote the event at any time; - Photos and/or shooting stands and/or products can only be made with the express permission of the exhibitor. 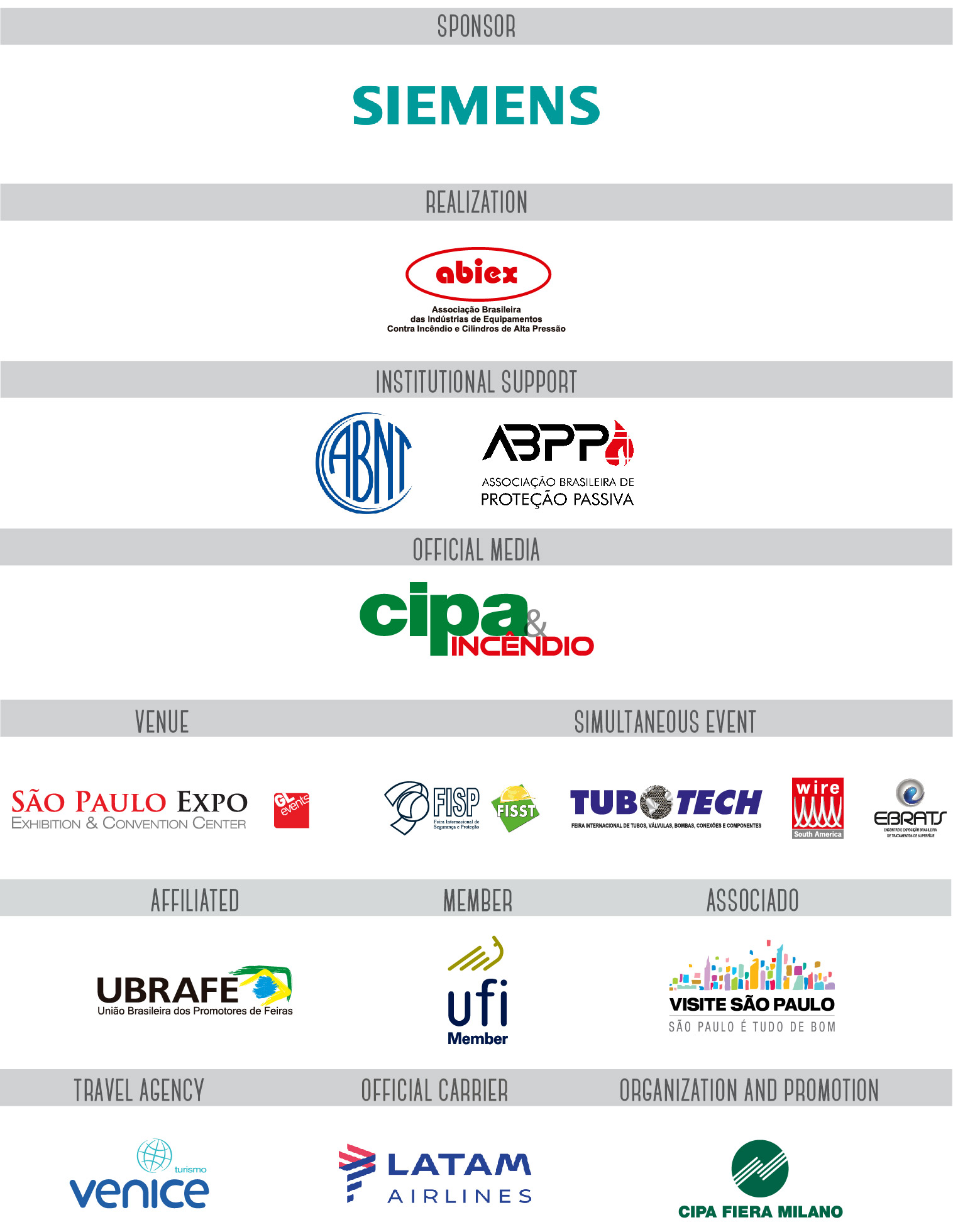 Cipa Fiera Milano is specialized in trade shows and technical publications, and aims at approaching organizations and creates business opportunities and relationships through the creation of large fairs and publishing targeted magazines in Latin America.